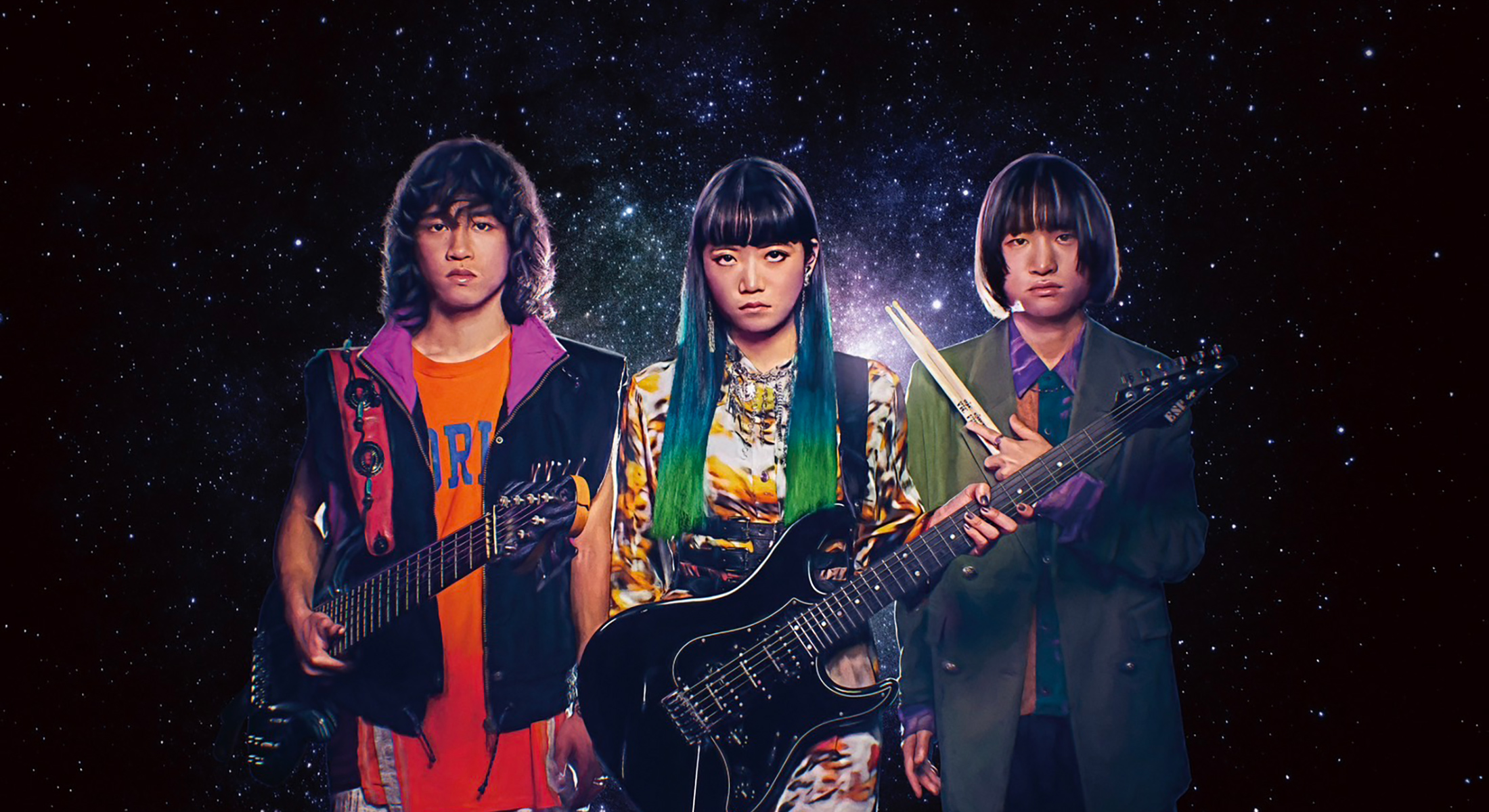 ASTERISM is a three-piece instrumental heavy metal band consisting of HAL-CA (Gt.), MIYU (Ba.), and MIO (Dr.). The band name “asterism,” meaning a group of stars, expresses the three’s dream of becoming brighter than they were individually when forming a band together. The three met at ‘The 8th Music Revolution’ in 2014, and instantly felt that they finally met people of the same age with same taste and ideas about music.

Made their debut in 2017, ASTERISM has played in numerous events including the SXSW Showcase in 2019 and held concerts at US cities such as L.A. and Houston. The charm of the band lies in the overwhelming live performances and concerts where their passion for music bursts out through their outstanding performing techniques that cannot be imagined from the three’s age.

Now having 8.5k followers on Facebook, ASTERISM delivers its music to every corner in the world through socials and has been discovered by musicians and producers such as Bootsy Collins from the JB’s at the same time. ASTERISM’s track ‘155’ was shared by Bootsy Collins and the video has surpassed 6.15 million views, 1.3k shares and still trends on.

Recently, due to the COVID situation, the band was restricted to have concert shows, but get the chance to re-examine and refine their own musicality. As the band’s new challenge in 2022, they aim to “break new ground in heavy metal” and set foot into the new frontier that combines heavy metal.